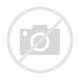 KWANZAA: Kwanzaa is an annual secular (non-religious) festival celebration of African American culture that is held from December 26 to January 1, culminating in a communal feast called Karamu, usually held on the 6th day. Kwanzaa was created by Dr. Maulana Karenga, based on African harvest festival traditions from various parts of Africa, including West and Southeast Africa. It was first celebrated in 1966.

The seven principles are: Umoja (Unity), Kujichagulia (Self-Determination), Ujima (Collective Work and Responsibility), Ujamaa (Cooperative Economics), Nia (Purpose), Kuumba (Creativity), and Imani (Faith). Kwanzaa gets its name from the Swahili phrase, “matunda ya kwanza” and is rooted in first fruit celebrations which are found in cultures throughout Africa both in ancient and modern times.